Report by 4:30PM at Safdarjung Railway Station for traditional welcome & check-in formalities for Week in Wonderland Train Tour. Time free for photo-shoot with traditionally attired Palace on Wheels staff. Be escorted to your saloon cabins by Personal Attendant for briefing on cabin facilities. At leisure Proceed to Bar Lounge for complimentary welcome drink. Train Departs at 6:30PM & Dinner served onboard.

At 04:00PM train reaches Chittorgarh Railway Station & proceed for excursion to UNESCO World Heritage Site of Hill Fort of Chittorgarh, spread over a huge plateau – with history dating back to 11th century. Chittorgarh Fort is considered to be the largest fort of India. In the Evening, enjoy Sound & Light program in fort complex & later return to train for dinner. Train departs post-midnight.

After onboard Breakfast proceed by 09:30AM to UNESCO World Heritage Site of Jaisalmer Fort. Straight out of an Arabian Nights fable. Enjoy a leisurely walk through the 15th century built living Fort complex, standing at a height of hundred meters over Jaisalmer town & glows golden in the afternoon sun. The fort is entered through a forbidding series of massive gates leading to a large courtyard. Visit Patwon ki Haveli, one of the largest and most elaborate mansion houses. which is five storey high & extensively carved. Nearby is located a group of 15th century-built Jain Temples, which are beautifully carved & have a library hosting some of the oldest manuscripts of India. Proceed for Lunch to 5-Star Hotel & later return to train for brief rest. At 4:30PM proceed for excursion to Sam sand Dunes in Thar Desert for Camel joy ride & sunset photo shoot opportunity Later enjoy Cultural Program & Dinner at 5-Star Hotel. Return to train by 10:00 PM & depart.

Train arrives at 08:00AM & after breakfast proceed for sightseeing of 16th century built Mehrangarh Fort, atop a rocky hill which soars 125 Mts. above Jodhpur town. The Palace complex it is approached by a series of gateways set at an angle so that enemy armies could not charge, with any success. Once past the Fort gates, you have access to breath taking Palatial Apartments (Mahal), overlooking wide courtyards. Inside the fort complex is a museum having wide & impressive collection of Royal dresses & Medieval weapons. Nearby the Fort complex is located, late 19th century built Jaswant Thada, a cluster of royal cenotaphs in white marble. Later visit museum at Umaid Bhawan Palace, displaying personal artifacts of H.H. Maharaja of Jodhpur. Lunch at Hanwant Mahal Boutique Restaurant. Return to train & depart by 3:30PM.

At 06:30AM proceed to UNESCO world Heritage Site of Bharatpur Bird Sanctuary& enjoy cycle rickshaw ride to view many of 375 species of both local & migratory birds (from places like Sri-Lanka, Europe, Siberia, China and Tibet). Return to train for breakfast & depart by 08:45AM.

Train drops you at Railway station On outskirts of Agra at 1030 am & proceed first to visit UNESCO World Heritage Site of Agra Fort, seat of power of the mighty Mughal Empire.  After lunch at ITC Mughal Hotel- Highlight of your journey is visit the Taj Mahal, one of seven wonders of modern world & a flawless architectural wonder built in white marble. Time free for shopping. Later return to train for onboard dinner & depart.

Train returns to Delhi Safdarjung Railway Station by 05:30 AM. Check-out by 07:15AM after early breakfast. 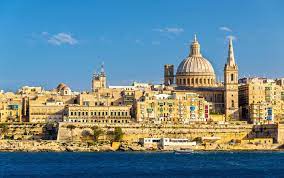 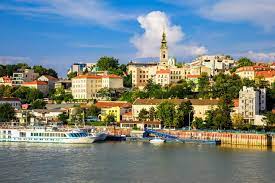